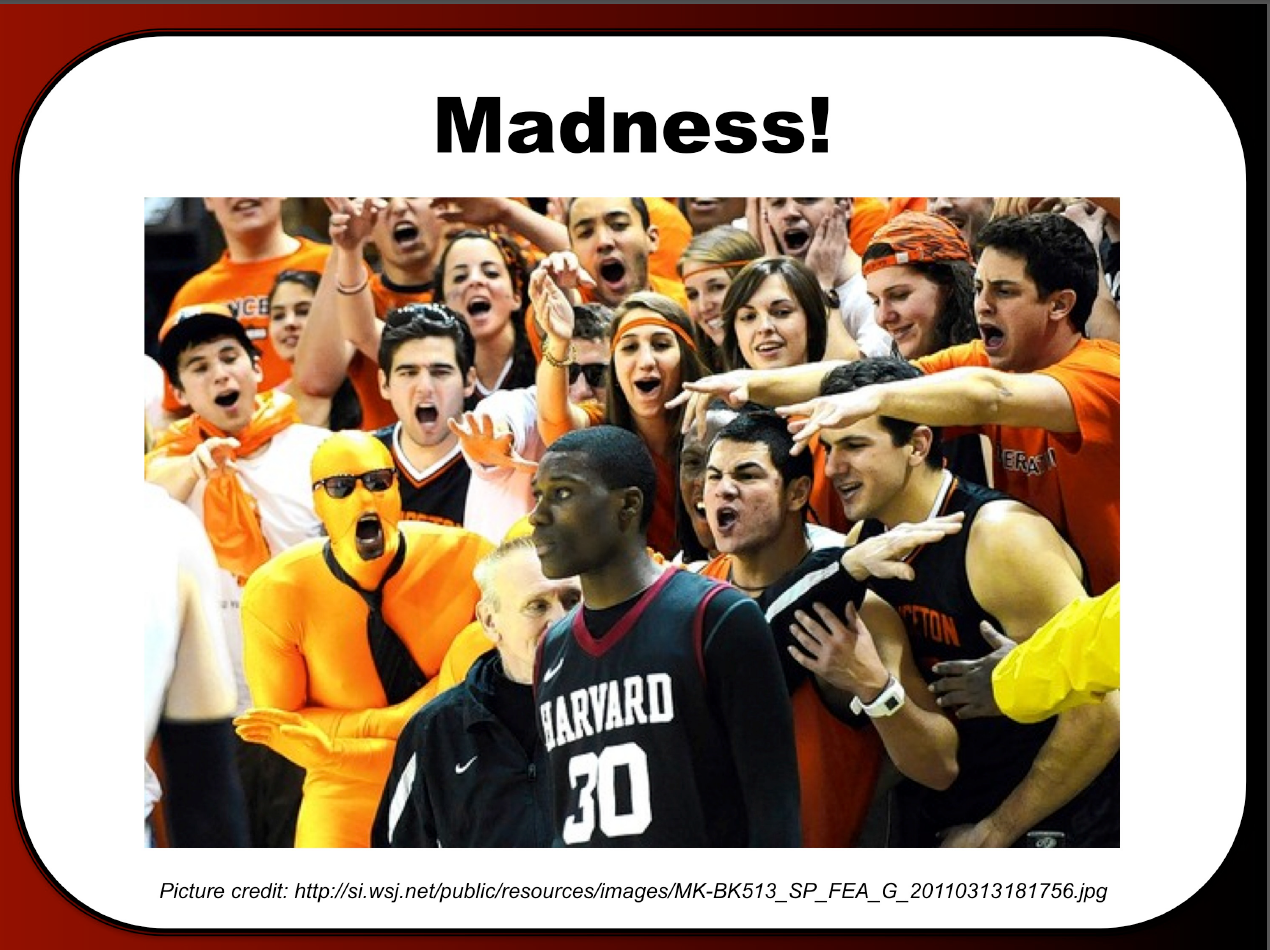 March Madness is the name given to the knock-out competition of the top 64 College Men's Basketball teams in USA in March.These 64 teams are chosen from about 350 Collegiate teams.

It is the most common event in USA for running office sweep (much like our "Melbourne Cup") where each person enters their "bracket". This bracket consists of all the winners of each game.

Warren Buffett put up a prize of $1 BILLION Dollars, in 2014, for anyone who could pick the winners of each game.

ESPN also run a competition with over 11 million entries.

Some people want to model momentum or assign more weight to games played toward the end of the season -click here for a brief explanation.

Dr Tim Charier has developed a sports ranking web site, which ranks the 350 or so collegiate teams using the Colley or Massey method.